Local homebuilding is on a roll.

I’m encouraged, I think it’s going to be a decent year,â€ said John Cassiani of Banning Lewis Ranch Management Co. and current board president of the Housing and Building Association of Colorado Springs.

We’re definitely going to have a better year than last year,â€ he added. The question is going to be, how much?

Single-family homebuilding permits ” excluding townhomes and condominiums ” totaled 191 in April, a 40.4 percent increase from the same month last year and the most for any month since 231 in June 2007, according to a report Tuesday by the Pikes Peak Regional Building Department.

For the first four months of 2012, permits totaled 559, a one-third increase from the same period last year. The January-April permit total also was the most for the start of any year since 2007.

Doug Stimple, CEO of Classic Cos., the areas largest locally based home builder, said several factors are at work.

Anybody who has a job today probably feels more secure than a year ago, Stimple said. Also, some potential buyers had put off a decision because of the economy and now are ready to take the plunge, he said.

The re-sale market has improved of late, which means homeowners now are selling their existing home more quickly, freeing them to move up to a new one, Stimple said. And, he said, many potential buyers believe prices have hit bottom and will only go up from here, meaning now is the time to buy.

Even the warm weather during much of the spring probably helped ” encouraging buyers to get out and look earlier than they otherwise would have, Cassiani said.

Homebuilding permits for the year could top 2011’s total by 15 percent to 20 percent, Cassiani said. That would mean an annual increase of about 300 permits ” leaving the pace of home building still far behind that of five to seven years ago, yet a big improvement for an industry that’s a key part of the local economy.

Home construction employs thousands of people, while tax revenues generated by the sale of building materials help pump millions into the coffers of local governments ” money they use to provide basic services.

Meanwhile, foreclosure activity bumped up slightly last month in the Springs area, according to a report by the El Paso County Public Trustees Office.

New foreclosure notices totaled 298 in April in El Paso County, up roughly 8 percent from both last month and April 2011.

Foreclosure notices are the start of the legal process in Colorado that can lead to the loss of a home.
Contact Rich Laden: 636-0228 Twitter @richladen
Facebook Rich Laden 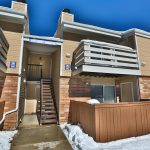 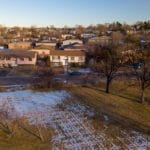 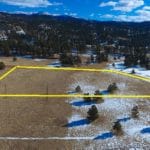 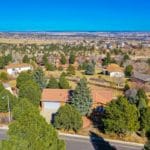 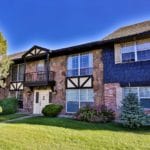 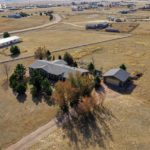 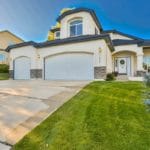 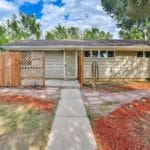 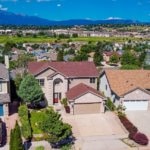